The Canyons 100km was a really awesome event and challenge, a challenge I failed to complete.  But there is so much good to take away from my effort that I cant even be mad.  I have a ton more to workout in the glitch department and maybe even the pacing department, but damn I had a great time, felt great and even as my body unraveled I had a great time.   Dont take this like I gave up.  I was suffering, in a world of hurt and I am fairly certain my body was performing some sort of triage as to what parts of my body were getting plasma delivery and what wasnt.  Yup, my body went from cruising to shutting down.  I tried for about 12 to 16 miles to redirect things, hoping things would turn around, but by the time I got down to Rucka Chucky I knew it was over.  I had to earn the drop, with a bonus 2+ mile 2k vert gain hike out to drivers flat.  I guess that is fair.  Wait, did I go right to the end?  I did, so lets back it up

Heading into the Canyons 100km I had a mixed bag of emotions.  I couldnt settle on a goal or strategy.  My wish washy feelings were in large part to a few things.  I have been running “fast” for me for the last 5 months or so, and that “fast” feels so normal.  My climbing has been incredible, I always enjoy a good grind, but when it comes easy and you put some pace to it….that effort becomes euphoric.  But, my endurance was lacking.  Because of my early season race and recovery schedule, I just didnt have a good time frame to build in that time on the feet one most likely needed to be successful past 50km.  So processing those 3 pieces of data in my little head pretty much left me with no agenda.  (I am laughing out loud as I type that)  The week of the race I came to peace with the fact that i was running well, I have had good training, good rest, but my body was a little beat up and talking to me a bit and that this race was going to be an exploration of the 100km distance. 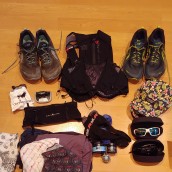 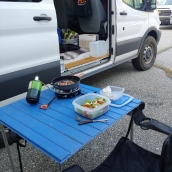 Camping set up was nice 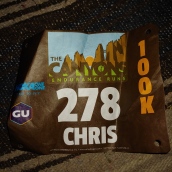 I guess this is the part where people who have tons of experience shake their heads at me or call me Icarus.  I really have no interest in “just finishing”  a race.  Of course we all sometimes “just finish”  but I cannot go into a race with that midset….just has no appeal to me…so I end up running in the moment and by feel with an overview of the entire race.  Sometimes that works out and sometimes it doesnt.

More head shaking coming…. I know you are not supposed to think this, but the first 50km of my race went great and I enjoyed every step.  I was super comfortable.  Breathing though my nose.  Fueling and Hydrating.  Just really enjoying the course as dawn turned to daylight and the birds started singing.  Seriously I had the 2nd most surreal moment of my life right before dawn listening to the birds in the lush, green undulating section of the Western States Trail.  I Would not trade that moment in for much.  Even though I was extremely comfortable and having a blast, I was questioning my effort, based solely on the fact that I was running in some very fast company..and some of them were already suffering.  I actually spoke with Adam Kimble climbing out of Michigan Bluff about it (he was slow due to a flared up injury)  and I think he was a shocked that I was up at the business end as I was.  Prior to running with Adam, I was with Ryan Weibel, Legend runner and class act human.  We chatted a bit and he told me that I looked good and was crushing, again, I think he was surprised to see my up there too.  I guess I should have slowed my roll with Ryan, because that stud finished 10th overall!

Anyway, down to Foresthill to meet my crew. 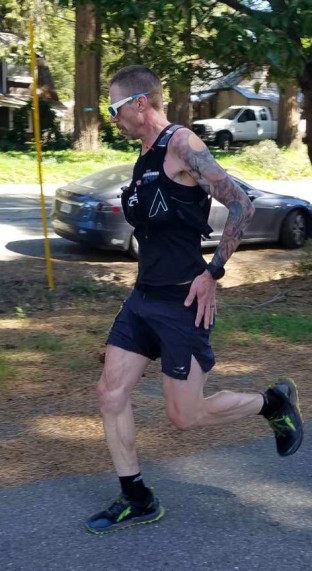 Replenish and roll out.  John McGee was my crew and we had the swap over dialed.  I hadnt looked at my watch all day, but I spied the start line clock and saw that I was in the 1/2 way mark at 4:44:xx. Hmmm, that was a lot faster than I had imagined (based on what?  I dont know)  But, like Icarus, I was stoked to be so close to the sun.  Speaking of sun, the cool temps of the morning were creeping higher and higher as we left Foresthill to Cal1.

Off I went, As soon as I got back on the Dirt and heading down my quads were talking to me.  I brushed it off, thought I was stiff form the stop at Foresthill and to back off a bit.  I had plenty of time seeing that the front half was pretty quick.  I never felt any better in the 4 plus miles to Cal1.  In fact my knees started to ache.  Uggg, running downhill with sore quads and aching knees sucks.  When I got to Cal1, the great folks there helped me top off and I got moving, but I was not running normal now.  I was compensating for my leg pains….I thought to myself,  try stretching your quads before you cant (you know, when you go to stretch your quad and your hamstring locks up….) So I stopped to stretch.  At this pause, nausea blanketed my body and I puked violently.  I am sure I woke some people up.  Soldier on I told myself, just a low point, things will improve.  Lets get some water in your stomach and hop in a creek.  All of these things I did before the next aid.  Still nothing improved.  The Donner Party Mountain Runners were operating this station.  These folks were so kind, trying to get me to eat something.  One lady who was dressed like she was in the Donner Party seemed very concerned and really wanted me to eat something…I was not going to eat, and I joked with her asking if you was going to eat me?  (Donner party Joke)

Again, I took off and headed out hoping things would turn around.  I got caught by a runner who was hauling the mail, he asked if I was ok and I said I am fine and to keep trucking ( I was in awe of how fast he was going haha)  Then Ryan Weibel caught me, asked me how things were going and told me to get in a creek.  He even stayed with me to make sure I could get out! haha.  Go man go!  I told him.  This is pretty much how it went all the way to Rucka Chucky.  I kept hoping things would get better…I kept puking and hobbling along and runners kept asking me if I was ok as they whizzed by me.

I had a fear that I would be dropping at the turn around.  No calories in for 16 miles, just water and everything was barfed out.  Legs were done, head was spinning, vision was not its best.  I sat at the turn around for 20 min, but I was only figuring out how to hike out to Drivers Flat.  And hike out with John McGee is what I did.  It was slow and it hurt, but I didnt want to hike 16 miles back to Foresthill in my condition.  I have NO regrets.  I had a blast and I am looking forward to trying the 100km distance again in July.

So now to figure out how to fix the systems that failed.  Maybe back away from the sun a bit…work on nutrition…work on well that next one. 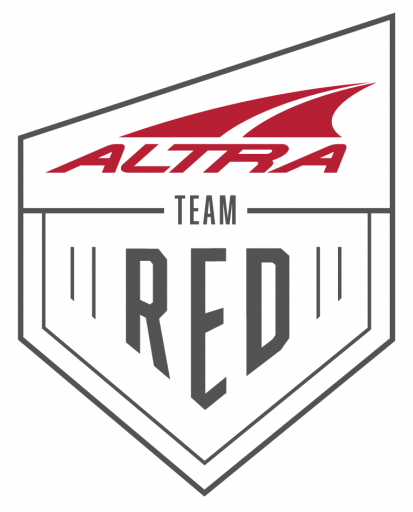 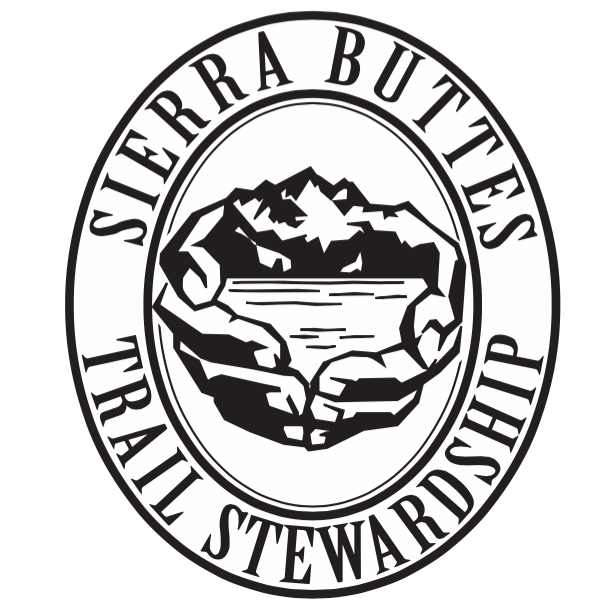 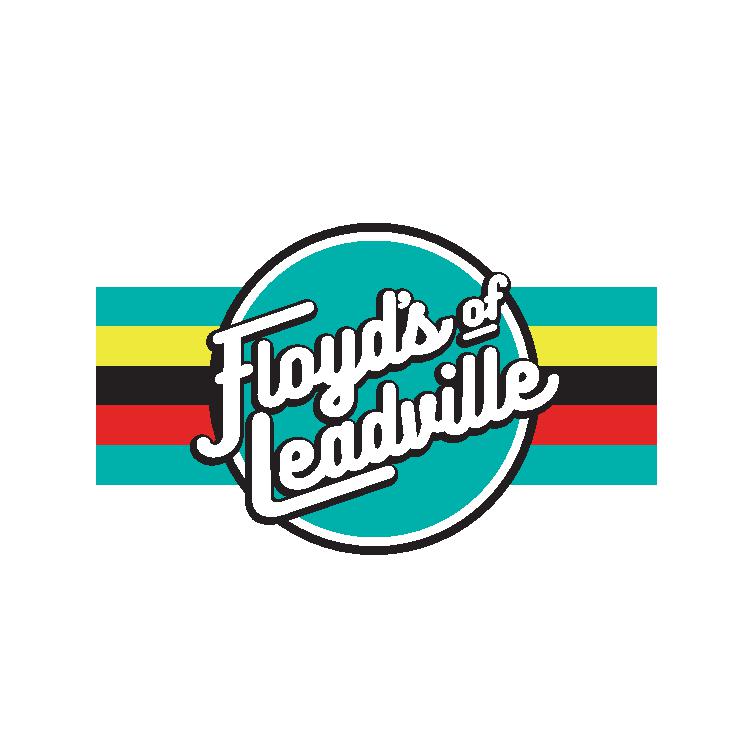 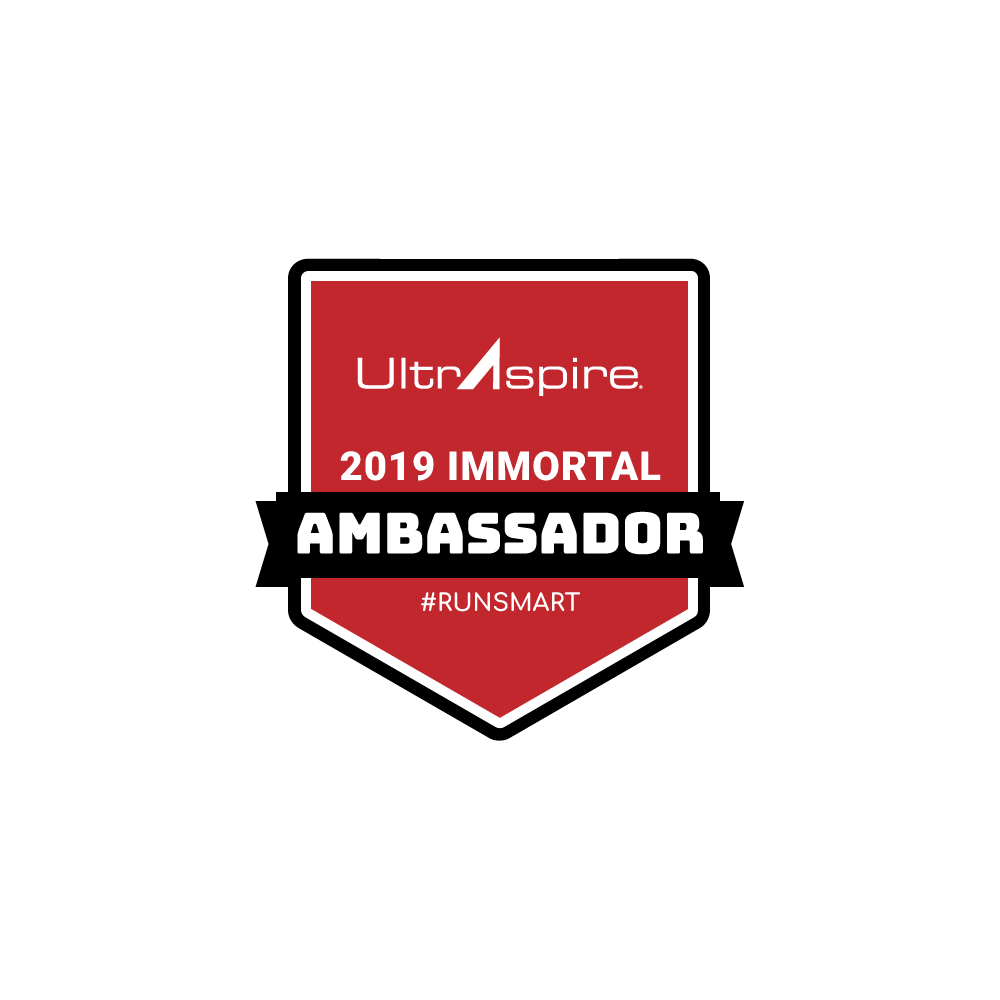 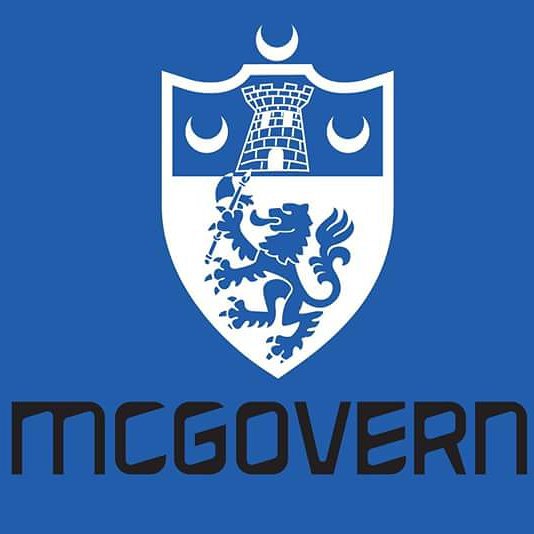 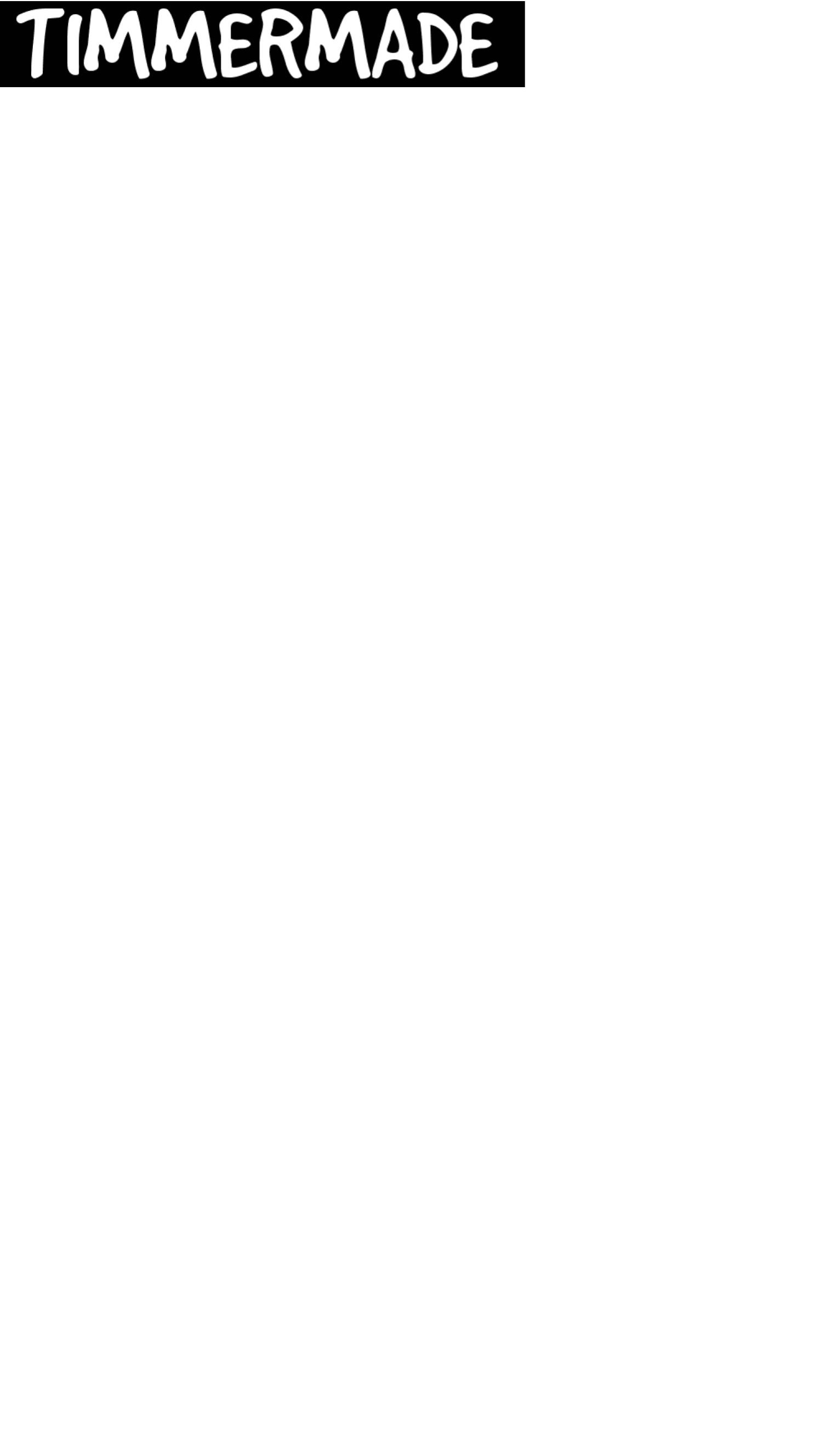 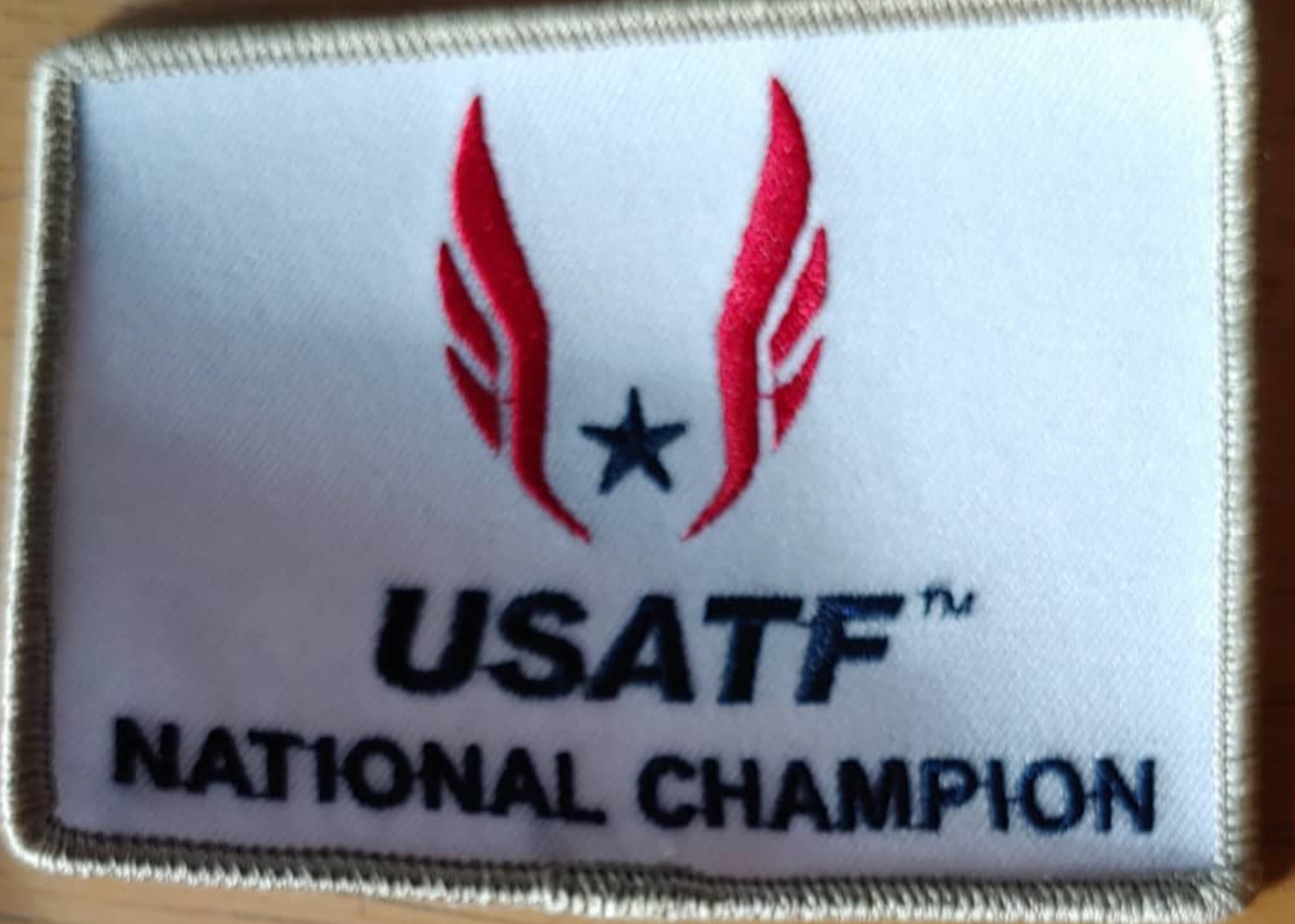